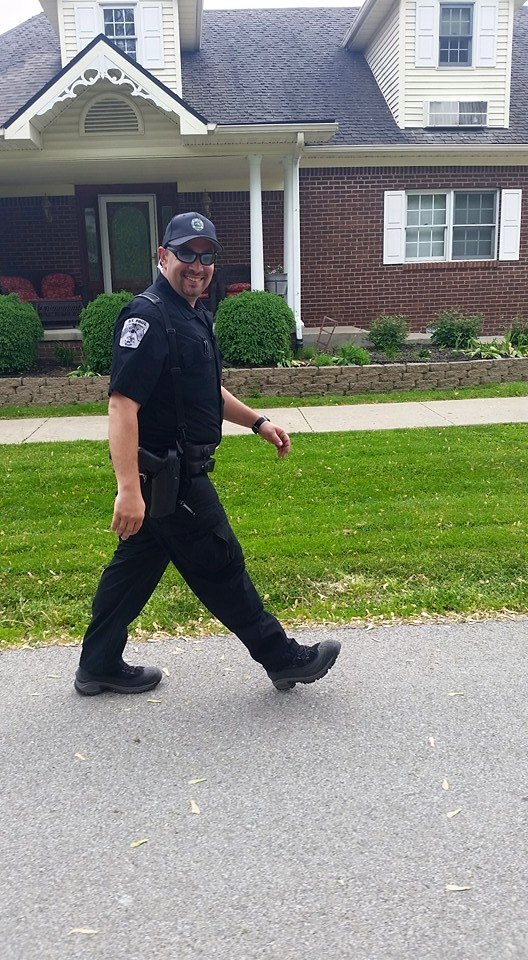 Logan joined the St. Paul Police Department in 2014 as a Patrolmen and was promoted to the rank of Lieutenant in 2017. Logan is a reserve officer. What does that mean? He is a unpaid police officer. He still patrols, makes arrest, and responds to calls on his own. The small community of St. Paul doesn't have a large budget for officers so instead they have up to 4 reserves.

Logan takes this job very seriously. Often on his evenings or weekends he can be found in his patrol car or walking around a community event. He loves to make the kids smile by offering a sticker, candy, or stuffed animal. He listens to the residents and helps with the fight against drugs. Logan is well respected in the community. 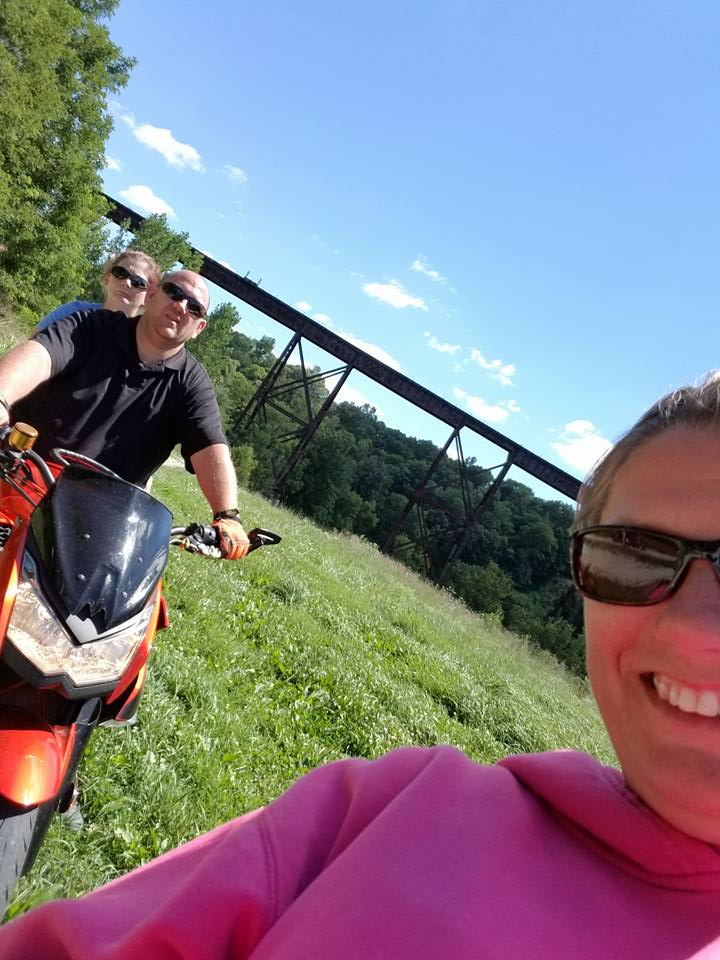 Charity in the foreground with Rob McIntyre and Courtney Brimhall on the motorcycle behind her during the 2017 Choppers for Coppers Ride. Courtney is her sister.

Charity is also active with the police department. She is part of a group who helps organize a fund raiser to support the police department. Although there can be multiple fund raisers, the main fund raiser is called Choppers for Coppers. Choppers for Coppers is a motorcycle ride that kicks off from the St. Paul Tavern and ends with a community cook out, concert, school supply giveaway, and games. This is all free for the kids in the community.